For a greater effect on server difficulty than just changing the level of the wild creatures on a server, Ark admins can adjust the values granted for each stat point distributed to players, tamed creatures, and wild creatures. 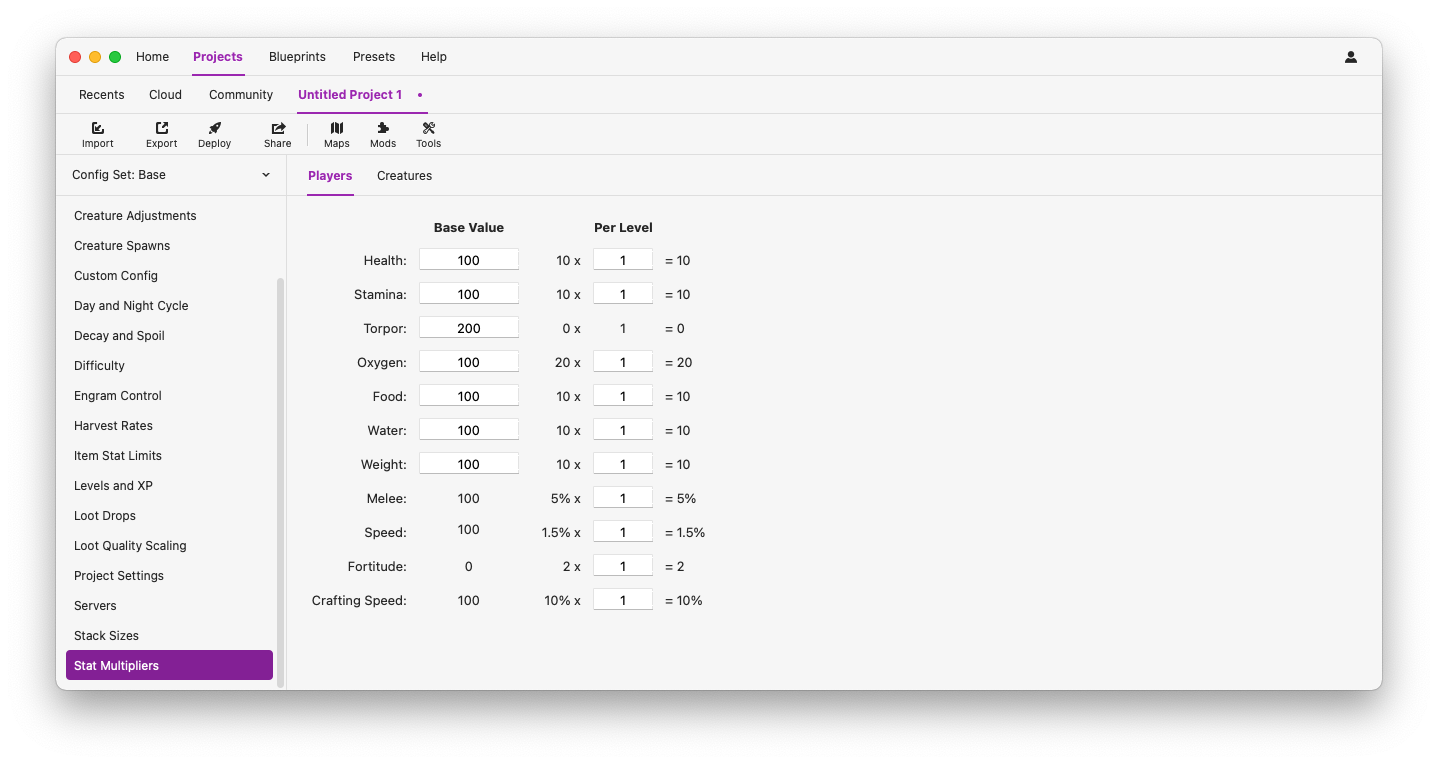 Player stats are built from two columns. The Base Value show the values a brand new player spawns in with, and Per Level values are the amount of increase the player will see when a point is added to the stat.

Although Ark and Beacon support editing the Base Value for some stats, most server admins recommend against changing the base values. Players will often join a server later to find their stats aren't quite what they remember. A respawn fixes the issue, but changing the base usually isn't worth trouble caused to players.

Every editable value in the Per Level column is a multiplier. This means a value of 2 would double the amount gained per level. Editing a value will immediately calculate the effect to the right of the field after the equals sign.

The Preview with Creature menu allows users to select any creature in the game to preview the effect of stat changes. Ark does not support setting stats on a creature-by-creature basis; stat adjustments will always affect all creatures.

Note: The calculated values shown are not perfect. Perfect stat calculation requires knowing many details about a specific creature, which doesn't make sense for this editor. As a result, Beacon's calculations are an approximation. For those curious, the wiki has a detailed explanation of the math required.

The Wild Per-Level and Tamed Per-Level columns work very similarly to the player stats. Every wild creature is granted a number of points based on their wild level, which are distributed randomly to the creature's stats. Tamed creatures, of course, allow the rider to decide which stat each point is assigned.

The Taming Reward column applies to the levels earned during taming. All creatures gain a number of levels based on the taming effectiveness, which equals the number of points that will be randomly distributed once taming is complete.